State Police Crack Down on Erie area Games of Skill 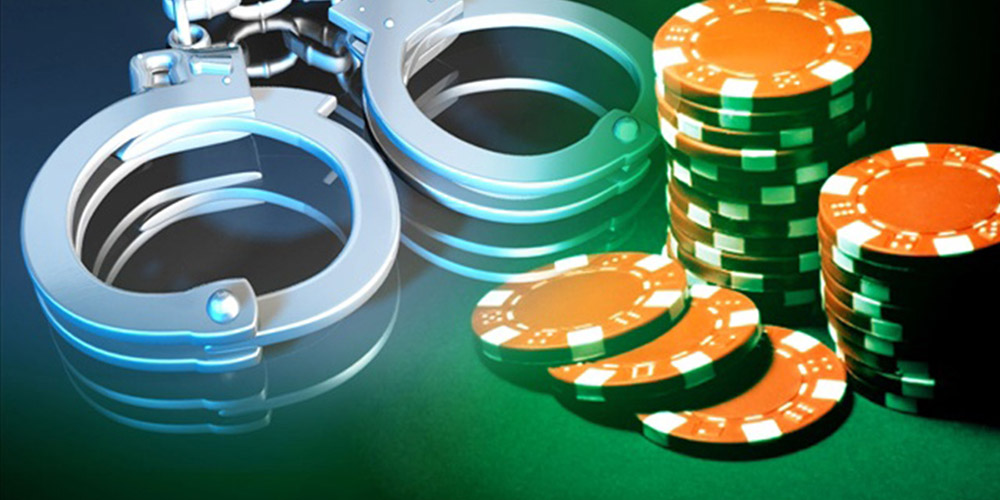 State police in Pennsylvania are out in force to crack down on what they consider unregulated gambling machines. Pace-O-Matic is already challenging these actions they have taken against legally defendable games of skill in the court of law.

Here is a reprint of Monday's news article:

Machines and cash seized from two taverns in the Erie region as part of a statewide enforcement effort.

Officers with the Pennsylvania State Police Bureau of Liquor Control Enforcement paid a visit to a Harborcreek Township tavern on a recent Friday morning.

They left with two devices the officers called illegal video gambling machines, along with $170 in cash.

The Feb. 14 visit to the Fiddle Inn on Buffalo Road was one of two “gambling raids” that officers in the bureau’s Erie office conducted as part of an ongoing, statewide crackdown on gambling machines that state officials say are illegal and are cutting into the proceeds of the Pennsylvania Lottery.

The owners of the Fiddle Inn declined to comment on the matter Monday.

Illegal “games of skill” have been spreading across Pennsylvania for months, and they have been on the radar of the state police, said Ryan Tarkowski, a state police spokesman.

“It’s something we take very seriously,” he said Monday.

State police reported late last week that troopers and officers with the Bureau of Liquor Control Enforcement confiscated 71 illegal gambling machines, including 65 video gambling devices, and more than $115,000 from 17 licensed liquor establishments across Pennsylvania between Jan. 22 and Feb. 25.

Officers with the Bureau of Liquor Control Enforcement’s Erie office conducted a second local raid during the enforcement period. It happened at Double Play Sports Bar on Seneca Street in Oil City on Feb. 20, when officers seized three video gambling device, one device referred to as a “coin pusher” and $728 in cash, according to information released by the LCE Erie office.

Investigators are in the process of serving search warrants on the seized machines, Sgt. William Stuckey, commander of the LCE Erie office, said Monday.

Capt. Jeffrey Rineer, acting director of the state police Bureau of Liquor Control Enforcement, said in a news release issued on Friday that illegal, unregulated gambling is a serious and growing problem in Pennsylvania, with video gambling devices spreading beyond licensed liquor establishments into convenience stores, malls and restaurants.

“Illegal gambling devices, including video machines marketed as ‘games of skill,’ put consumers at risk because they lack outside monitoring to confirm fair payouts,” Rineer said in the release. “They also cause economic losses to the commonwealth because there is no mechanism in place to ensure appropriate taxes are being paid, and there is no public interest requirement for the proceeds, as exists with legal gambling in Pennsylvania.”

Pennsylvania Lottery officials told state lawmakers during budget hearings that the skill games cost the Lottery an estimated $209 million in sales in 2019.

Stuckey said the two area taverns where his officers seized machines and money are not specifically licensed to operate gambling devices and therefore can’t have them.

“We’re seizing them administratively because they are located in licensed liquor establishments,” he said.

The officers had discovered the machines during the course of their normal duties, but were waiting for pending court cases in other parts of the state to be resolved, Stuckey said.

He said that Pace-O-Matic of Pennsylvania, or POM of PA, which designs Pennsylvania Skill games distributed by Williamsport-based Miele Amusements, had filed court action to prevent the state police from seizing its devices.

The company maintains that its games, which include a tic-tac-toe-style puzzle, predominantly involve skill, and not luck. The company has also stated that a court ruling in Beaver County determined that a similar game in which skill predominated was found not to be a gambling device under state law, according to information in a memorandum and order that a Pennsylvania Commonwealth Court judge issued on Jan. 21.

The Commonwealth Court judge in her order denied POM of PA’s request for a preliminary injunction prohibiting state police from seizing its devices.

The bureau was waiting for a decision on the matter before moving forward, Stuckey said Monday.

State police in its news release issued on Friday said additional investigations into illegal gambling machines are ongoing, and more seizures are expected.

Stuckey said Monday that those licensed liquor establishments found with illegal machines could face penalties from a nominal fine up to liquor license suspension, based on the circumstances and previous citation history.

This article was published at GoErie.com on March 2, 2020.