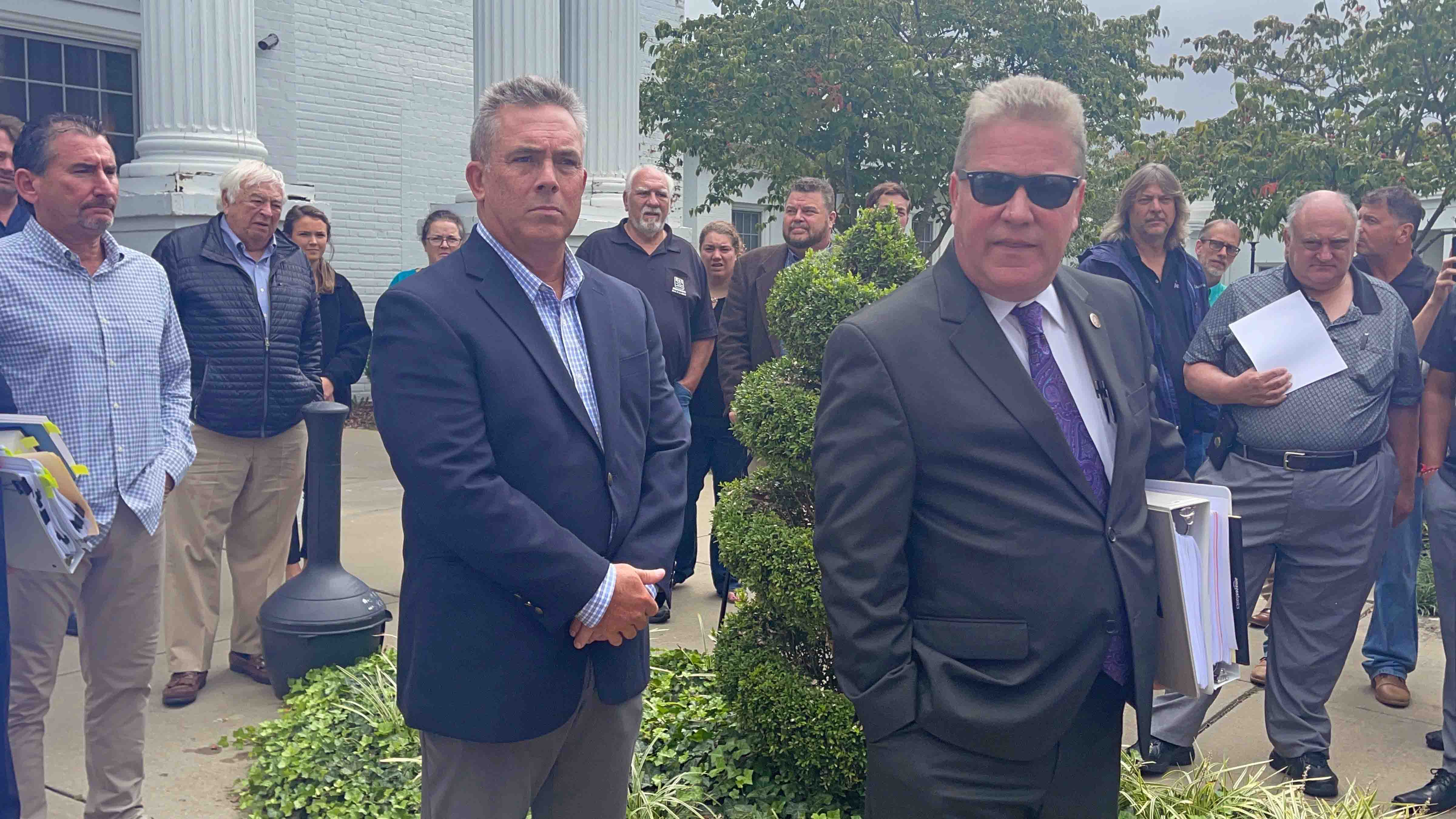 State Sen. Bill Stanley (R-Franklin County) and racing legend Hermie Sadler declared victory outside the Circuit Court for Greensville County on Tuesday morning after a judge ruled against the Attorney General’s attempt to have their lawsuit dismissed.

Stanley, whose lawsuit challenges the Commonwealth’s ban on skill games on constitutional grounds, said the court’s decision means a trial will be held in December.

“This is a great victory for Mr. Sadler, the Sadler brothers, and for small businesses all across Virginia,” Stanley said.

Their lawsuit aims to overturn legislation passed earlier this year which banned legal skill games in truck stops, convenience stores, bars, and restaurants but allows them to operate businesses which advertise as “family entertainment centers.”

Because the ban is a violation of First Amendment protections offered to businesses, Stanley, last week, predicted the court’s favorable outcome.

“The ban isgovernment conforming speech and that’s a violation of the First Amendment,” he said. “Businesses have a right in their advertising to say what they want and say it the way they want it.

“Sadler, who has operated legal skill games in his truck stops, convenience stores, and restaurants for nearly two decades, was pleased with Tuesday’s outcome and said he looked forward to the court trial.

“We all want to be able to operate our businesses, and not have to look over our shoulder every six months to see if they will try to put us out of business again or not,” he said.

Regulated skill games contributed more than $130 million to the state in revenue during the fiscal year that ended on June 30, 2021.

Of that, Queen of Virginia Skill & Entertainment games which are powered by Pace-O-Matic, provided $74 million to Virginia’s Covid-19 Relief Fund.