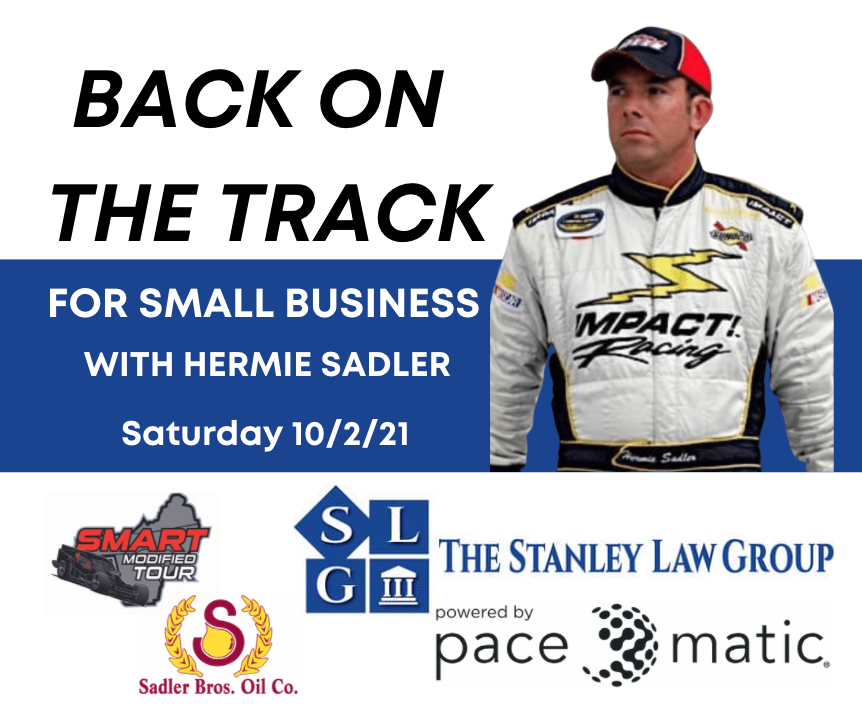 Senator Bill Stanley, through his law firm, The Stanley Law Group, will sponsor the race thatwill be known as the Stanley Law Group Stands with Small Business 99. In that same event, 1993 NASCAR Rookie of the Year and Virginia native Hermie Sadler will make his return to the track by making his first ever start on the SMART Modified Tour.

Those that know Stanley and Sadler know that they are teaming up to advocate for small businesses in Virginia with an ongoing lawsuit against the Commonwealth of Virginia, Governor Ralph Northam, Attorney General Mark Herring, and others. The suit is a fight against Government overreach into small businesses.

“I am honored to support grass roots racing here in Virginia, while at the same time bringing attention to the fight that Hermie Sadler and I are waging on behalf of small business owners across the Commonwealth of Virginia” stated Senator Bill Stanley. We hope to see everyone out at Motor Mile Raceway on October 2nd.”

Sadler, a native of Emporia, Virginia, spent years behind the wheel and in front of the camera as an analyst for FOX SPORTS.This will be his first ever attempt in an open wheel Modified. “I grew up watching these cars at Martinsville at the Double Headers, so now to be able to drive one is exciting for me,” Sadler said. “To be representing Senator Stanley and bringing attention to our mission for Virginia small businesses is why I am doing this, as well as to support The SMART Modified Tour and short track racing in Virginia.”Sadler will compete in a car owned and prepared by Phil Stefanalli.

“It’s great to see Hermie in a car again, especially a modified. I have known Him for some time and have seen the competitive fire and expect him to have a lot of fun. Sitting in a car prepared by PSR I am sure it will be ready to compete.Having Senator Stanley at our Tour event in Franklin County was great. He has a passion for small business and grass roots racing and forhim to help promote our sport and series says a lotabout his commitment to his community.” said Chris Williams SMART Tour Director