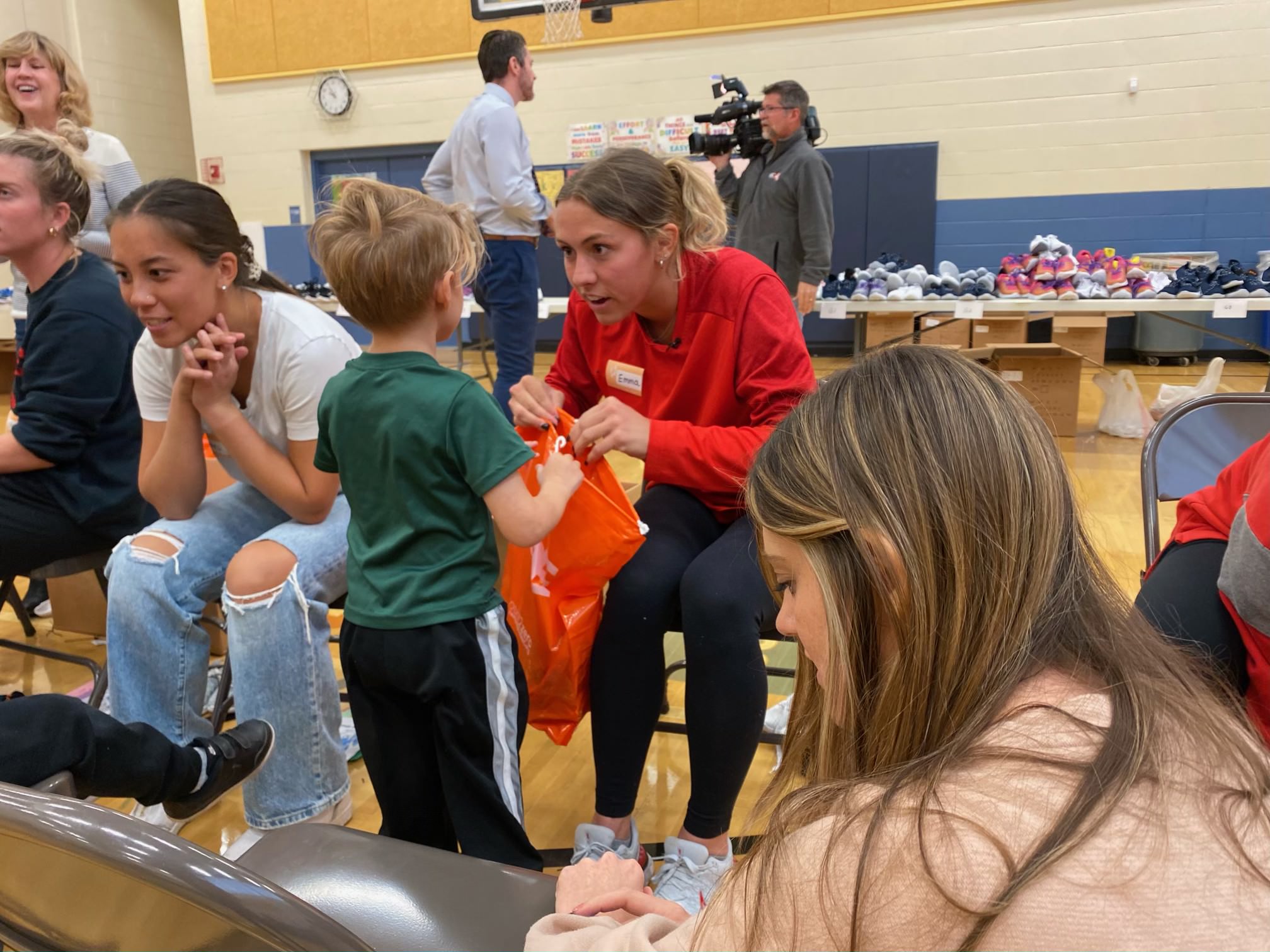 COLUMBUS, Ohio (WCMH) — ‘Name, Image, and Likeness’ has been a polarizing topic in collegiate sports, but one Ohio State athlete is using her reach to make sure a group of central Ohio students have the means to take the next step forward.

“It’s so nice to be able to talk to these little kids and give them hope and bring back to the community,” beams Emma Goldean, a 5th-year senior for the Ohio State field hockey team.

As a collegiate field-hockey player, Goldean has set many goals on the field. But now, she has an even bigger goal off of it. “When I first heard about the NIL stuff coming out, I just kind of like waited around,” Goldean explains. “[ I ] didn’t find anything that I felt was good for me.” But after connecting with Samaritan’s Feet, Goldean knew their mission was one she wanted to be a part of. “A non-profit organization where I can give back to the community? After I’ve been given so much?” recalls Golden of her thought process.

On Monday morning, the Buckeye midfielder helped fit and distribute nearly 630 pairs of brand-new shoes for the students at Stiles Elementary School in Columbus. A donation that wouldn’t have been possible without her partnership with the non-profit.

“We’re given gear — we’re given turf shoes, sneakers. We’re given all this stuff, and we’re like, ‘Oh, this is awesome,'” Goldean explains. “Each year we get new stuff and [ there are ] kids that don’t even have shoes, like good shoes to run around in.”