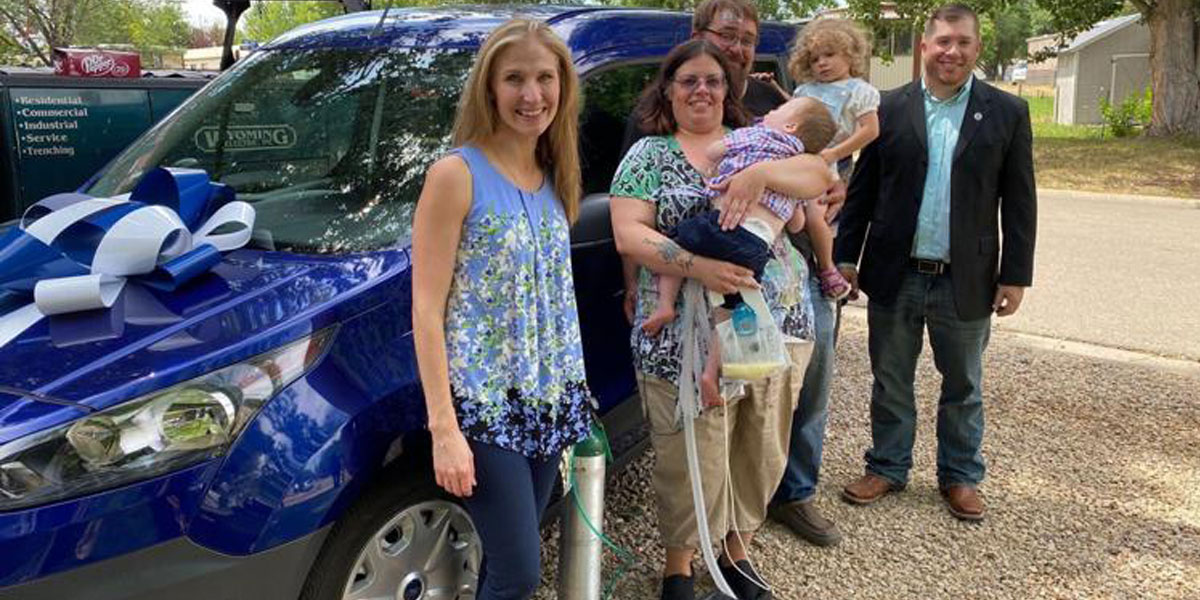 SHERIDAN — Yvonne Fischer didn’t believe her husband when he first told her.

“What? It’s gone?” she recalled thinking. “What’s going on?”

Standing in the hotel’s parking lot under the sun and scanning each row and corner, she saw with her own eyes.

The family’s 1996 Chevrolet van had been stolen. But it wasn’t just any van.

The vehicle was fully equipped with specialized medical gear to support their 2-year-old son, Lane, who lives with Down syndrome.

Yvonne and her husband, Ira, had been spending the week earlier this month at the hotel in Denver — along with their 2-year-old daughter — as Lane underwent surgery. After the surgery, he had to spend a night in the intensive care unit and three more nights in the hospital.

Now, at the end of the week without a car, the family had no way to return home to Sheridan. They were stranded.

“That was the one thing, the van fit all of his equipment. To take him home would take multiple vehicles,” Yvonne said. “We were like, ‘Well, we’ll just see what happens.’”

On the living room’s wood-paneled wall near Lane’s crib hangs a whiteboard. It’s packed full of reminders to keep Lane healthy. Words written with colorful markers provide a glimpse into the family’s full schedule. It reminds them when Lane needs to be fed, provided medicine and given a breathing treatment.

Below, Lane slumbers peacefully, curled up on top of robin blue-striped bed sheets. His breathing stays measured and his twin sister, Liz, hovers close by.

But Yvonne said the community support they’ve received has been tremendous since the day the twins were born two years ago.

And in the days following the fateful van theft, that community showed up.

After determining their car had been stolen, Yvonne and Ira called the police and news outlets to spread the word. They were hoping an officer or someone in the neighborhood would see the stolen van and call in more information.

Wyomingite Leslie George caught wind of the story when it aired on Denver Channel 7 news.

She quickly mobilized her friends and fellow members of the Cowboy Skill Games of Wyoming — a group of vending companies that provide businesses in Wyoming with legal skill games.

In just two days’ time, George and the group had raised enough money to purchase an already upgraded, handicap-accessible van for the family.

In the meantime, the Fischers had other family members drive large rental cars down from Wyoming to Colorado to safely transport Lane back home. The calls to help replace lost medical supplies, car seats and other offerings flooded in. Yvonne said she was grateful for the support.

This article was originally published by the Star Tribune on April 15, 2020.

Michael is the Director of Communications for Pace-O-Matic, Inc.