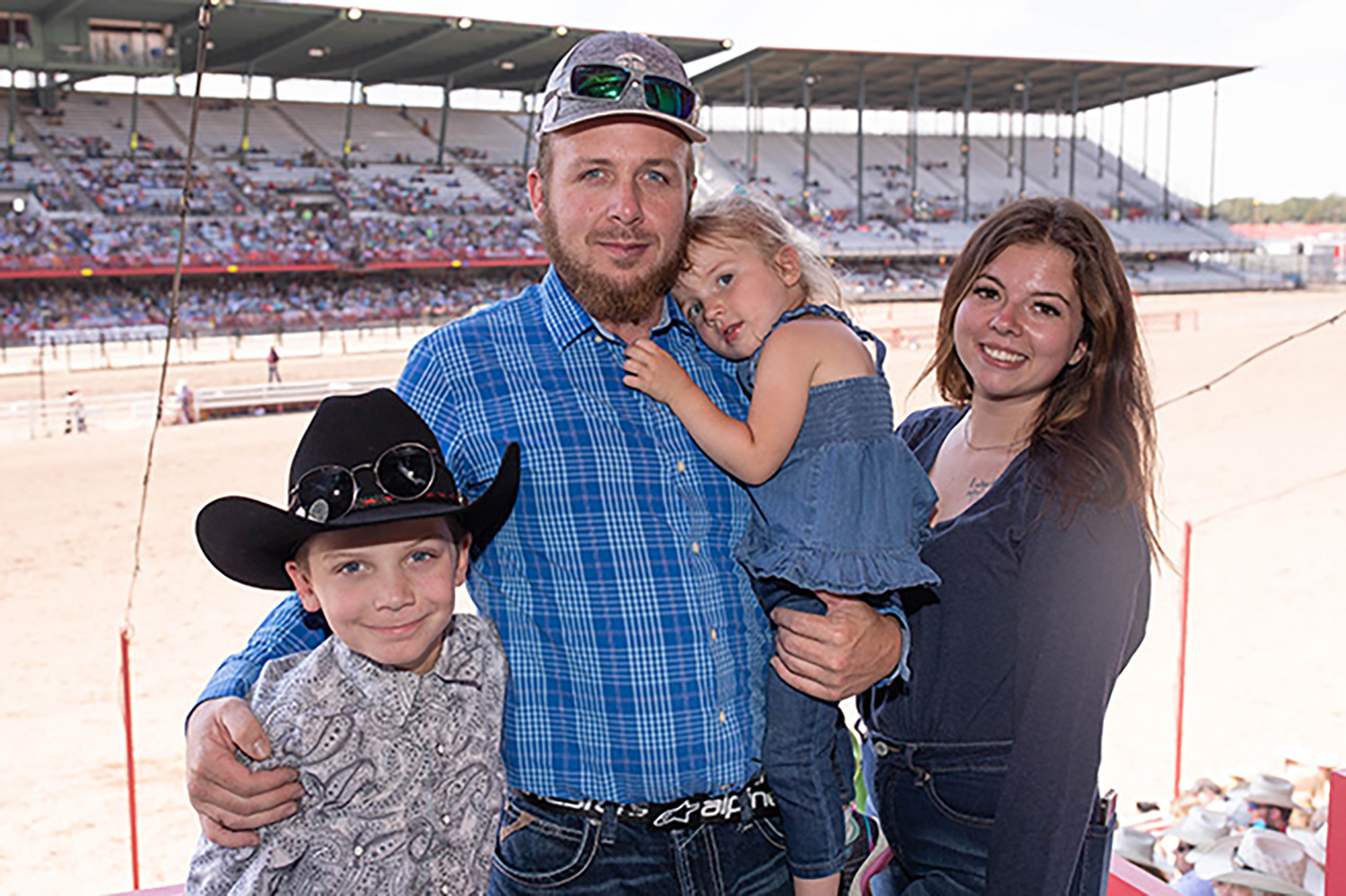 CHEYENNE, WYOMING — Wyoming-based Cowboy Skill and Cheyenne Frontier Days honored Ryan Pasborg of Green River today during a heroes recognition, lauding him for his bravery after he ran into a burning home to save a mother and her young son.

In February Pasborg was driving by a Jamestown house when he smelled smoke and saw flames shooting from a house. He pulled into the driveway and saw three children leave the house. They told him their mother and four-year-old brother were still inside. Pasborg bolted into the house finding first the boy and taking him outside. He then returned to the burning structure and located the mother, who was unconscious, and carried her to safety.

Pasborg was the special guest of Cowboy Skill and was acknowledged by the crowd gathered at the Cheyenne Frontier Days Arena when an announcer introduced him during the day’s rodeo events.

“I am honored to meet Ryan today,” said Paul Goldean, president of Pace-O-Matic, which creates Cowboy Skill games. “What an incredible feat of bravery, running into a burning building and saving two people’s lives. Cowboy Skill is thrilled to host him.”