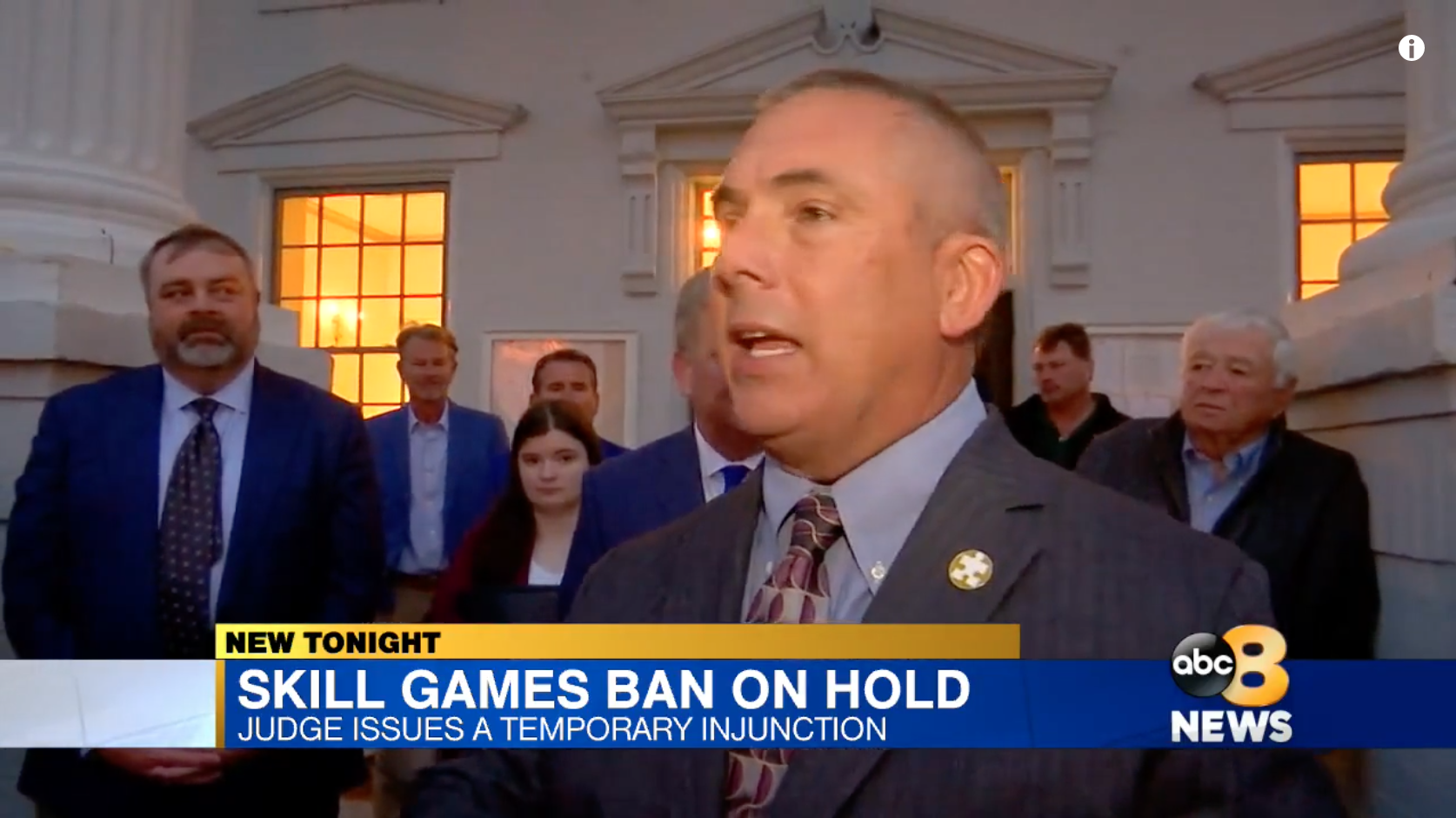 That afternoon, a motion was granted for a temporary injunction. This means for the time being the ban has been put on hold and businesses can operate the games.

Sadler’s attorneys argued that the ban should be placed on hold because the law establishing it (SB 971) is unconstitutional and that their petition is about free speech.

PREVIOUS COVERAGE: Skill games will likely be banned this summer in Virginia, despite making millions for COVID relief

On Monday the judge determined that the law was too vague and violated First Amendment rights.

Sadler claims the ban that went into effect on July 1 has adversely impacted hundreds of small business owners, convenience stores, truck stops and restaurants throughout the commonwealth.

“What has happened to us is wrong; not just me, but everybody,” he said. “We have every right to operate our business just like everybody else does, including the new ones that are trying to come into the commonwealth.”

He noted that he has no issue with casino gaming coming to the commonwealth, but that casinos shouldn’t come at the expense of small businesses. Sadler personally owns several truck stops in the state which used to operate video skill games.

Ahead of the hearing, Sadler stated, “I believe we have an exceptionally strong case.”

“We’ve assembled a top-notch legal team and I’m excited for Monday’s hearing as another step forward in the fight to stop state government’s unconstitutional overreach against small businesses like mine,” he said.

The commonwealth’s attorneys said the argument over the ban was not about civil rights but is instead about turning a profit. They said the General Assembly put the law in place to help prevent people from throwing their life savings away on skill games.

Monday’s hearing was held at the courthouse at 315 South Main St. in Emporia.

Sadler and his attorneys are set to return to court on May 18.

“Our battle has just begun,” Bill Stanley, representing Sadler, said. “We come back in may for a declaratory judgment to make this permanent. We also have a battle probably coming up in the Virginia legislature, which you all need to be mindful of and vigilant of because we want to make sure that there’s a permanent solution that helps small business, that saves small business, and allows these skill games in small businesses to compete with the big guys.”