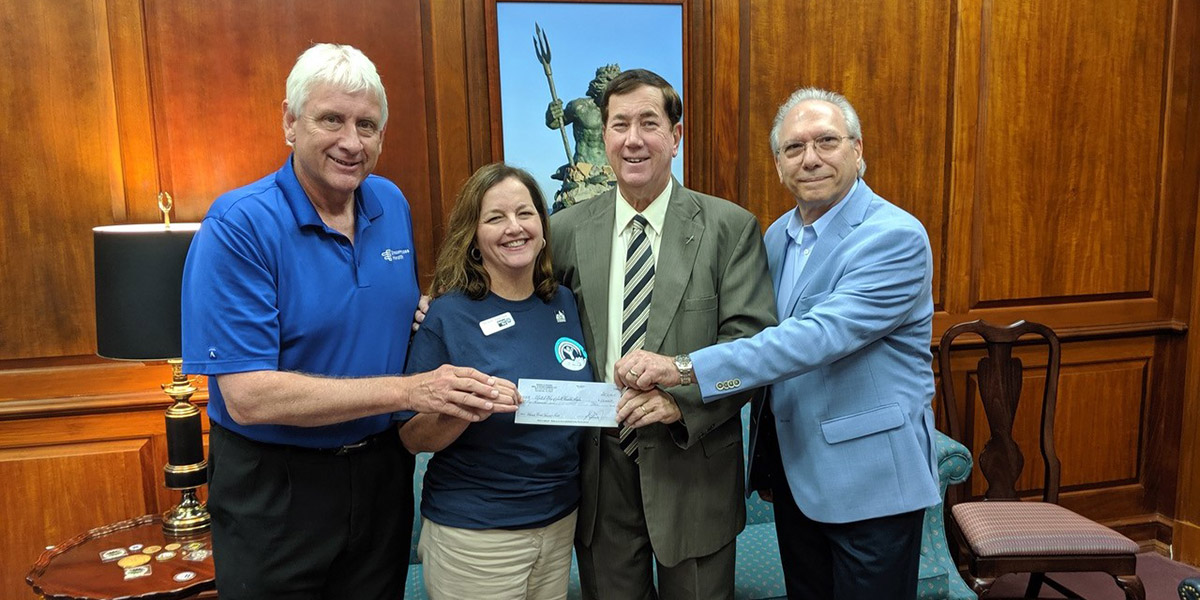 VIRGINIA BEACH, Va. – To help those impacted the most by the Virginia Beach mass shooting, Queen of Virginia Skill and Entertainment made a $50,000 gift to the United Way of South Hampton Roads toward its tragedy fund.

The Virginia Beach Tragedy Fund, which was started following the mass shooting at building two of the Virginia Beach Municipal Center on May 31, has already begun to provide money to those impacted most, such as victims and the families of victims.

Queen of Virginia Skill and Entertainment is a predominantly skill-based amusement technology company that places its devices in restaurants, bars and convenience stores across the Commonwealth.

“I was very pleased to accept the check along with Michele Anderson of United Way, which is administering the fund for the City,” says Virginia Beach Mayor Bobby Dyer. “This has been a very difficult time for all of us in Virginia Beach, but the outpouring of support for the victims from companies like Queen of Virginia has been very gratifying.”

The Virginia Beach Tragedy fund, according to Anderson, has received more than $4-million in gifts.

Click here for our full coverage on the Virginia Beach mass shooting.

This article was originally published by the WTKR.